I spent the winter of 2019 following the PFAI (Professional Footballers Association of Ireland) training camp for out of contract footballers. Each year in Ireland, as the football season ends (October/November) hundreds of young footballers are left out of contract by their clubs. In response to this, the PFAI run a 6 week training camp for players, which helps give them focus and purpose during the off season.

The documentary focus on the camp, the coaching staff and the players, and tries to understand the multitude of reasons that lead to players finding themselves out of work each year, from long term injuries and loss of form, to ageing footballers, looking for one more year.

Out of their League airs on June 29th on Eir Sport.

The early parts of 2019 consisted of a wide range of projects for a few different broadcasters. I shot, directed and edited one of the series of Tabú documentaries for TG4 where we explored the world of and rapid rise of Allergies in Ireland, blending observational documentary with scientific factual content to provide a comprehensive look at how allergies are affecting families, the health service and businesses across the country.

I was also shooting director of a second episode in the series where we got an insight into the world of Médecins Sans Frontiers (MSF) workers from Ireland. From Conor Kenna in Iraq, to Eve Bruce in Jordan the documentary explores the impact these Irish aid workers are having on the World around them.

Over the course of 2018 and 2019, I worked on Gillian Marsh’s The Funeral Director that was broadcast on RTÉ ONE in December with incredible reviews. It’s a beautiful portrait of David McGowan, a funeral director in the west of Ireland.

The Funeral Director – RTÉ ONE 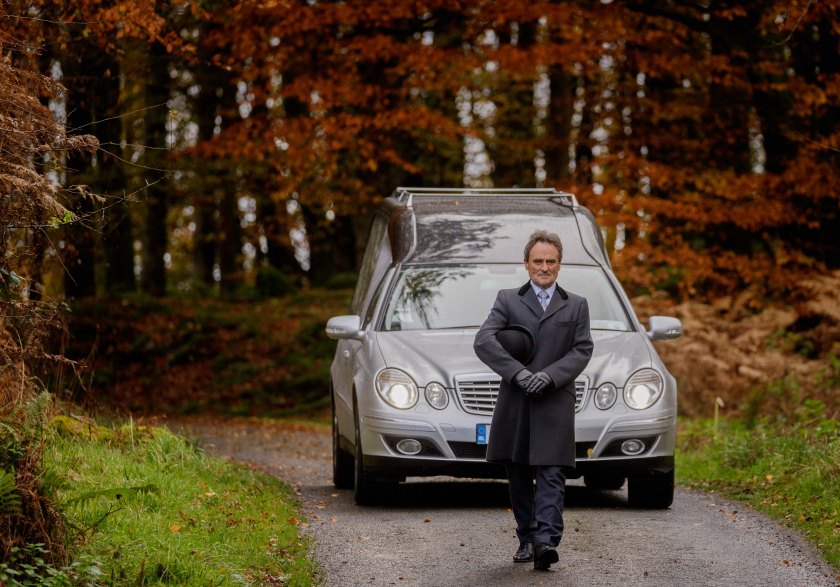 The Funeral Director is a uniquely insightful and sensitive portrayal of work of the man responsible for the last ritual any of us will undergo – preparation for burial or cremation. Told from the perspective of pioneering Sligo funeral director David McGowan, the documentary unflinchingly draws back the veil on an industry that is rarely spoken of.

Praise for The Funeral Director – https://www.irishtimes.com/culture/tv-radio-web/the-funeral-director-an-exquisite-profound-portrait-of-a-profession-1.4113227

With 2,500 clubs across Ireland, the GAA is the biggest, and perhaps the most important sports and cultural institution in the country. With a club in every parish the local club is the corner stone of the GAA and local communities. Ár gClub tells the stories of three very different GAA clubs as they compete, battle for honours, and strive to survive the 2019 season.

I was responsible for shooting and directing one of the three clubs featured in the series, Rathnure Camoige club in Wexford, as well as shooting the Belfast club, Laochra Loch Lao. The series is a six part observational series for Aniar TV

Out of their League – Eir Sport

2019 ended by shooting and directing a dream passion project, ‘Out of their League‘ for Eir Sport. The documentary follows the PFAI (Professional Footballers Association of Ireland) during their winter training camp for out of contract footballers. In Ireland, many of our League of Ireland footballers are only on one year contracts, and for the most part that contract is for 42 weeks. So as the season ends in October the majority of our young football players are out of contract and out of work. Each winter the PFAI run a winter training camp for the players culminating in two trial matches where managers from the league come and pick up their final players ahead of pre-season. Shot over 6 weeks, the documentary follows some of the players on their journeys, delving into the backstories of these young men exploring how through bad luck, injuries or loss of form they have ended up on the football scrapheap. Out of their League will be broadcast in spring 2020. 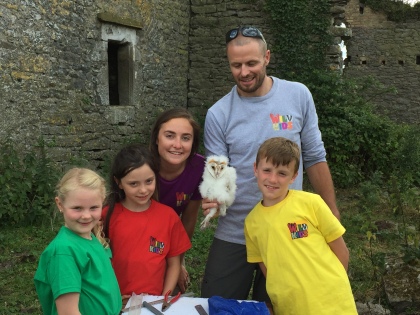 Wild kids on RTÉ Jr is a 15 part series whereby kids get out into the nature around them and try and discover the wildlife that’s living right under their noses. Alongside presenters John Lusby, Kealan Doyle, Sarah Sarsfield and Ciara Dolan the kids hope to come across all kinds of weird and wonderful creatures, from insects lurking under the surface of our rivers and streams to kestrels and barn owls soaring high above our heads, the kids get down and dirty searching for clues on how to find the animals and evidence of others having been out at night.

Here’s a look at the opening titles…

Each episode is 15 minutes where the kids will explore two habitats and various animals  from the coast to the city, discovering the plants, animals, bugs, birds and bees that live around us.

Some of the animals featured include badgers, barn owls, butterflies, herons, foxes, deer and bats. I directed 8 of the 15 episodes, edited 8 episodes, and shot a few along the way.

And here’s a look at one of my favourite episodes of the series, Herons. Filmed 20 minutes from Dublin in Bohernabreena Reservoir, it’s an amazing location and teeming with all kinds of wildlife. I directed and edited the Heron episode. 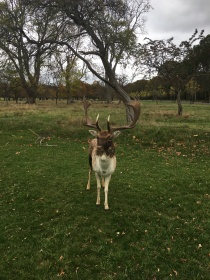 Having spent 6 days with the women representing Debra Ireland in Northern Finland in March 2018, they’re set to do it again. Debra are currently recruiting for their 2019 trip. If you think you’re up for the challenge of living off the grid, with no electricity and no running water, for 5 nights, and camping out in temperatures as low as -20 degrees then head to their website. Debraireland.org.

It was an amazing experience shooting in such temperatures and conditions, snowshoeing and cross country skiing across the frozen landscape and hanging with an amazing and eclectic group of women for the 6 days.

Shot on an Sony PMW 200, with addition iPhone and GoPro footage. 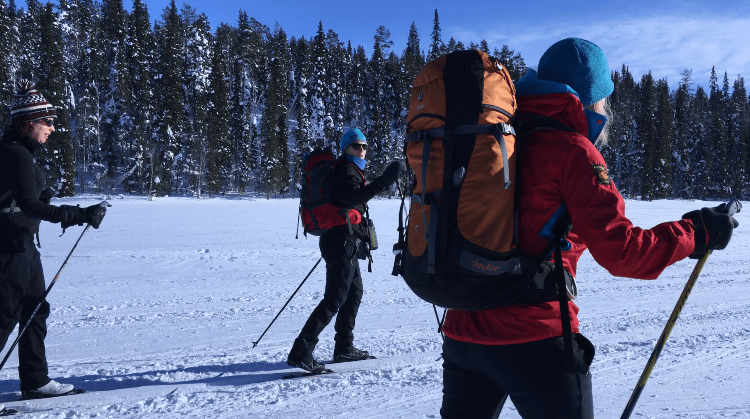 I was recently asked to follow 20 ‘kick-ass’ women to the Arctic by Debra Ireland for what they called an ‘Arctic Challenge’.

Basically 20 women had signed up for the challenge where they were going to learn to cross-country ski, snowshoe and camp out under the stars in temperatures as low as -20 degrees. The plan meant they would stay in a woodcutters lodge, without power or running water for 5 nights, with one night being spent camping approx. 10 km away, (which they had to get to by climbing a mountain on snowshoes, or go over/around on cross country skis.)

This posed an obvious problem for filming as to what camera/cameras to use to give a sense of the trip and how that equipment might perform in the extreme cold. Having spoken with people who have previously filmed in the cold, the main concerns were battery life and possible freezing of the LCD monitor on the camera. I’ve used the Sony FS7 for a while so it was the first option, but it’s heavy and not the smallest, and with only a LCD monitor for viewing and not an eyepiece I went with the more mobile and robust PMW 200. With no access to power for the 6 days, I had to beg and borrow enough batteries for the whole trip, (I had 9 large and 3 small in the end) and worked backwards, rationing out the batteries to 2, 2 1/2 per day. No power meant no laptop either so no way to back-up footage on the go, so 11 SXS cards were packed too.

In addition to the PMW 200, I took 2 GoPros, (with extra batteries), and there’s always an iPhone in the pocket. (Using the app Filmic Pro to control frame rate, resolution etc.)

The final pieces of kit were power banks, 2 10,000 mAh, and one solar powered 12,000 mAh just in case. (I ended up not testing out the solar powered ability as I had enough in the other power banks to recharge the GoPros at night and the iPhone.)

First night was a bit of  a panic as the battery display on the monitor showed 60 mins remaining on its first test in the cold, (-16 degrees on night one), 10 seconds later, 50 mins, 30 seconds after that 20 mins, but thankfully it stabilised then and held the 20 mins for around that time, (with stop-start recoding). Overall I’d estimate the batteries performed at 60-70% of their usual performance which was much better than I expected and I ended up coming home with a few to spare. As it happens, the woodcutters lodge where we stayed had wood fired stoves and was kept at a normal temperature, usually over 15 degrees so the batteries were stored there the whole time and only a couple taken out each day as per the rationing.

Apart from that the camera held up well, and was comfortable and easy to pack in and out of a rucksack quickly in between the cross-country skiing and snowshoeing.

The GoPros also performed quite well, often suggesting the battery was about to die but continuing to work for an extra 25-30 mins, of turning off and on when necessary. And the iPhone had no real issues other than battery in the cold, but for the most part it was on in inside pocket and kept close to the body for heat.

Radio mics, powered by AA batteries, once inside several layers of clothes lasted pretty much as long as they would at home.

A steep learning curve in terms of how kit performs and my cross-country skiing skills weren’t too bad either with the main difficulty being trying to get ahead of the group, set up the camera and filming them on their excursions each day.

Currently working on the edit of the project.

DEBRA Ireland is the national charity initially established in 1988 by parents, to provide patient support services to those families living with EB in Ireland.

Filmed and Directed by Craig Speer

Here’s a quick look as to what to expect.

Sam was feature guest on Jarlath Regan’s popular podcast ‘An Irishman Abroad’ before the documentary went out. Episode 191

And on Second Captains.

Some online articles in response to the documentary.

Enjoys forming personal connections with people and telling their stories.

Spent the last year revealing the relationships between pets and their owners.

And the last 2 years exploring the world of professional tennis through the eyes of an Irish tennis player.

Nominated in same category for ‘Out and About’ for RTÉ Jr in 2016.